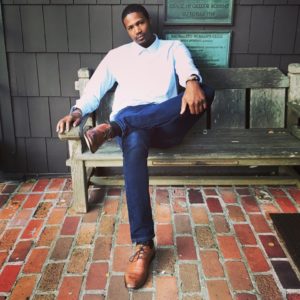 Like any coin of value or any story worth telling, there are two sides to DJ Todd Freeman. There is Todd the Coordinator and Todd Who Coordinates. Allow us to explain.

First, we have Todd the Coordinator. Current Mood: Prepared, Focused, Organized. As a DJ, Todd doesn’t just believe in working the event, he believes in making it happen. He reveals a little insight to help us better understand Todd the Coordinator: “It’s all about seeing the event from a higher perspective, and understanding all the little things that need to be executed so the end result is a success.”

It’s not uncommon to see Todd all over the place, keeping other vendors informed and making sure important moments happen at the right time and in the right way. It’s a lesson he learned from his very first training event, where an outdoor summer party almost fell victim to the blistering heat. Watching his mentors adjust on the fly to overcome the heat showed Todd that “no matter what, the show must go on, and every client deserves your best effort.”

It’s now time to meet Todd Who Coordinates. Current Mood: Outfit on Point, Smiling, Dancing. While Todd the Coordinator was all about executing from behind-the-scenes, Todd Who Coordinates is all about the showmanship. For a guy who is 6’6” and has a behind-the-back dribble crossover as sharp as his suits look, being smooth is just another day at the office. It’s taking the time to make sure his outfit colors coordinate with the event décor that is so impressive. “I’m all about finding ways to enhance the atmosphere and really bring the party to life,” Todd explains.

Todd recalls a particular event early in his career with a very strict country playlist and even stricter instructions not to deviate from said playlist. After it became clear the crowd was not quite ready to put on their collective cowboy boots and dig into the dance floor, Todd let his artist loose. He grabbed the mic and proceeded to lead the guests in some impromptu country line dances. His contagious smile and relentless energy breathed new life into the party and an empty dance floor was no longer an issue.

When Todd’s multiple DJ personalities aren’t being summoned, he is still obsessed with making others smile and capturing special moments, whether it’s in a simple conversation, the music he produces, or his passion for photography. He especially loves when his daughter is the subject of those photos. In each picture you can see the care taken to frame the image just so, the control over the lighting and the precision in the editing. Oh, and the outfits? You guessed it, perfectly coordinated.